Spanish-Influenced Bar Castell Opens, With a Focus on Martinis 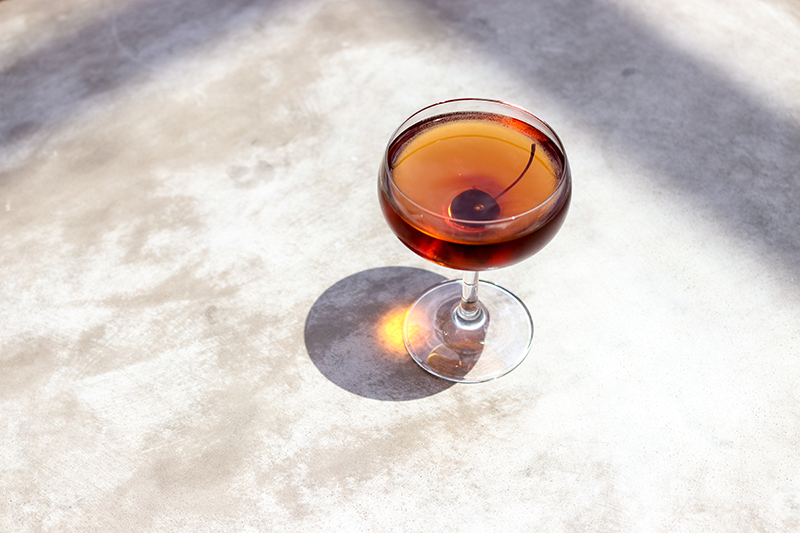 Looking for a new spot to enjoy some summer cocktails with a view of the city? Castell has got you covered. Now open in the Garment District, on the 21st floor of the new AC Hotel, Castell – which is Spanish-influenced and named after the Catalan word for castle – boasts a beverage program that celebrates the classic cocktail bars of the 1960s. Led by Kieran Chavez, Castell’s beverage consultant, there is a heavy focus on martinis, including dirty, dry, 50/50 and, of course, Spanish.

“With Castell, we wanted to create a haven from the hustle and bustle of the neighborhood,” Chavez tells thirsty. “I felt a strong desire to return to classic drinks and showcase great spirits, rather than mask them with too many ingredients. Most particularly, I wanted to open the conversation about martinis and the broad range of nuance in varying versions, rather than just showcasing one martini on the menu.”

Each martini comes with a recommended gin or vodka, Chaves continues, “with an option for each based on the profile of the spirit and the martini variation. Vermouth also plays an important part in our martini selections and is highlighted throughout the menu – it is an often undervalued product left out of a martini these days.”

At Castell, he says, “we aim to incorporate as many unique ingredients and spirits as possible, educating and inspiring our guests to experience new flavors. The Spaniard Martini highlights a rare gin from the island of Menorca, in Spain – Gin de Mahón. This bracing, juniper-forward gin is paired with a soft and aromatic Basque white vermouth and a bone-dry Fino sherry. The drink is then served with a pickled Guindilla pepper garnish, which also provides a sharp bite.”

If you want something other than a martini, try the Cadillac Margarita, with Guajillo chiles and black lava salt rim, the AC Gin and Tonic or the Salted Grapefruit Paloma, served on tap and a nod to the venue’s Spanish spirit.

15 Must-See Venues With The World's Most Iconic View: The NYC Skyline

Castell Featured on am New York

Plan Your Escape at Castell

OFF THE MENU - Openings

Spanish-Influenced Bar Castell Opens, With a Focus on Martinis